Let’s do this, shall we?

The Star Trek sequel is going to be in 3D on May 17th 2013. Yep, 1.5 years away. I personally couldn’t care less for 3D. All my friends who were blown away by Avatar, bought the movie, watched it at home in 2D and discovered the actual movie has a pretty lame plot and story line. Is it necessary? I don’t think so. Will I be seeing both 3D Hobbit and 3D Star Trek sequel? You bet your ass. 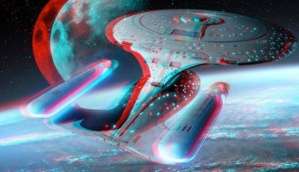 There are always great Time Lord gifts floating around on the interwebs. But if you’re really stuck with what to get your Doctor Who fanatic for this holiday season you can find a short list on Blastr. Personally, my favorite Doctor Who gift, other than a personal, driveable Dalec, is the Adipose plush doll. You might remember these adorable, wonky toothed beings as human fat. 1. I would have totally taken that pill; not everyone died. And 2. ADORABLE! 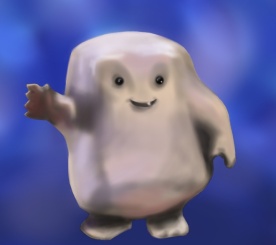 I will go see Tin Tin, but I’d be far more interested if it had less to do with Unicorns and more to do with Taun Tauns.

If you’re like me, then you love Wes Anderson. Here’s every commercial he’s made. My favorite is still the original. “Those are my birds…”

MTV Geek has posted a list of ten things about the Muppets you probably didn’t know. I’m actually pretty impressed by this.

Speaking of muppets, somebody ranked the top 25 Muppets. I’m a little appalled by this. It’s kind of like ranking your children. Besides, Sir Didymus should be number one and he’s not even on there. 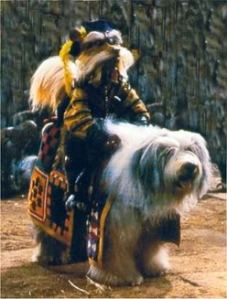 What would a day be without Lego news? Not a day I’d want to experience. Walyou has a posting of my two favorite things combined into one: Lego Celebrities.

A teen told her Governor that he sucked over Twitter and he, as well as her school, is demanding an apology. Get over yourself. Yes, students need to be more politically aware, and perhaps the way she voiced her concerns were not the best, but I let Governor Perry know he’s an ass quite regularly through Twitter due to his corrupt policies and political history. It’s the way it works now. If the big bad governor can’t handle a single punk kid telling him her views, whether or not they had any basis, then he has no place being in politics.

And, finally, the world’s gummiest idiot just got stupider. Miley Cyrus had a Bob Marley birthday cake at her recent celebration and referred to herself as a stoner. Hey, Pumpkin, cry out for attention a little louder, huh? You have a Bob Marley cake ’cause you smoke pot? Not what he was about. Way to mock his Rastafarian faith. It was always my experience in high school that the moron who talked about it the most, did it the least. Also, really? Bob Marley?! I assume that you listen to his music because you, an extremely sheltered and privileged white girl, can relate to his songs. Sure. FYI: No one thinks you’re bad, no one thinks you can’t be tamed, and most importantly, no body cares. I hate that I had to bring you up here. Gross.