“Admiting Defeat” is not the same as “Failure” 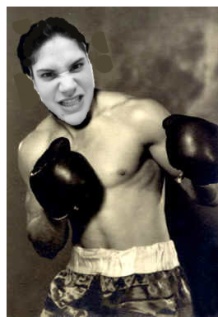 Sometimes the odds are stacked so far against that success could only be secured through impossible means.

And sometimes that’s just not worth it.

I learned late on Friday afternoon, after two solid days of intense multi-tasking, foot work, and stress, that sometimes you simply cannot be successful. This was particularly frustrating because I always take pride in what I do. I always perform at the very best of my abilities. If I am not good at what I do, I work extremely hard until I am great at it. So it was disappointing to say the least when I ran my legs off only to be told at the end of the day on Friday “I have changed my mind. I want the moon rather than the sun. Tell me your plan for obtaining this by the end of the evening.”

It’s crushing to feel like you’re doing your job well only to be dealt a blow that is the equivalent of saying you haven’t been doing anything at all. But, what I tried to convince myself of on Friday and spent most of the weekend reiterating, is that defeat and failure are two entirely different animals, and I’m not allergic to either.