What Does a Critic Owe Its Audience?

I love research. I love knowing what was, what didn’t work, what changed, and watching it all disappear as the future charges on.

I like knowing the whole story, which is why I read a book prior to seeing the tale depicted on the big screen.

I do not <any longer> huff and puff during a movie when aspects I loved in the story were changed or omitted all together. Having a spouse who does not read broke me of that seriously annoying habit long ago. But when I read film reviews – which I rarely do – I immediately know when the critic has or has not read the book that inspired the movie. 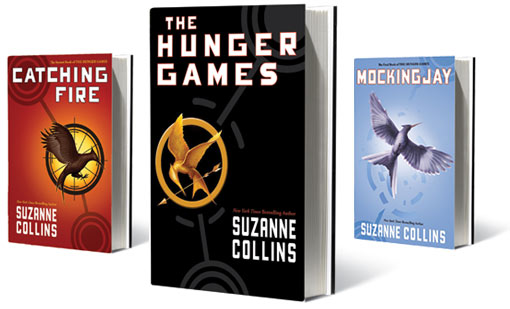 When I read the Rollingstone review of The Hunger Games I got the very distinct impression that the author did not read the books, that their complaints with the film were not relative to what the actual problems were. But then I thought “Why would the critic have to read the books?” After all, their review is of the movie and not the story.

I want more, though. Isn’t that always my problem? I want my reviewer to be knowledgable, to not just say “I like X, Y, Z, and disliked A.” I want something comprehensive, something worth arguing intelligently…but then maybe I’m just expecting too much from the critics. To ask that they look at something truly critically is apparently asking too much. I often say “If I can dothat [i.e. the work produced by another], then they’re not trying; it’s not art; it’s a poor writing.” And that’s why I so rarely read reviews: I don’t care nor do I think there’s enough information.

Which brings me back to the beginning: How knowledgeable does a critic have to be to write a truly comprehensive piece? What do they owe their readers? I guess I just expect more  (no surprise there). I’m not the brightest crayon in the box. When it comes to faith in information, when it comes to trusting another person to give us information, though, shouldn’t we have somewhat high expectations for them?

Perhaps, by biggest problem is that simplifying things means that we’re dumbing down our society, that we’re making it okay to operate on less. And knowledge is free, if we’re operating on less of anything it should be gasoline and electricity. It should be less caloric intake, and less anger. But we should never, ever sacrifice education due to laziness.

How did I get here from a disappointing movie review? Add that to one of my many problems.

*Side note for Hunger Games and X-Men: First Class fans: Due to the filming schedule of Jennifer Lawrence on the Hunger Games set, she will be unable to film X-Men: Second (?) Class until January of 2013. Yep, they’re going to hold up filming the entire movie just for Lawrence, who, ironically, never has to work again if she doesn’t want to. [Blastr]

One thought on “What Does a Critic Owe Its Audience?”

Book v. Film, especially when there’s a very devoted…nay, *fanatical* following of the book: Harry Potter, Twilght, LoTR, Dune, James Bond, etc. The critic can offer a compromise, just state if she or he is familiar with the original material, move on.

However, I would let it slide. The critic is being asked to review how this story plays out as a film.

References can be made about the source should it affect the movie. I for one thought Scott Pilgrim dragged on too long and the video game elements grew redundant; maybe this worked when it was a comic book, it weakened the movie. Plus, SP wasn’t covering any new territory, Michael Cera doing the Michael Cera thing. While LA Confidential nailed it as a film. I loved the book too (couldn’t put it down) but in order to stay faithful to Ellroy’s novel, LA would need to be a miniseries on HBO/Showtime due to the language, racism, sex, violence and rather queasy facts about people. One element could never remain unless the producers had deeper pockets than Disney (implying Walt murdered someone? I’d rather fight Scientology). I digress though. The people behind the movie made numerous wise choices to bring it down into a two-hour film. Yes, Ellroy complained and I’ve even heard him state his gripes in person, but based upon his background, he should be more grateful he isn’t in the state pokey.