It’s Tuesday, which is…just awful. I’m still reeling from the over use of “nude” at the Golden Globes. Half the actresses decided to wear that tragic (not to be confused with tragically hip) color on the run way, and the vast majority of them looked washed out and bland. Way to go. You’re the thinnest, richest people on the planet and you dressed in a color that made you blend in with yourself. Ugh. And this week has barely begun.

Perhaps some Pop Bytes to brighten your day?

A screenwriter for the Hunger Games sequel has been chosen. Catching Fire will be adapted for the silver screen by Simon Beaufoy, who is best known for his Oscar winning work Slumdog Millionaire and 127 Hours. Yes, Hunger Games may be over two months away still, but it’s never too early to start planning for the future. [NYMag]

A new US study has shown that wearing headphones is dangerous to your health. Let me summarize: If you’re walking around, you need to pay attention. You are eight times more likely to die walking one mile home than driving it, so if you’ve been drinking always call a cab. Walking around city streets with headphones on is almost as dangerous as drinking. In fact, 55% of those hurt while walking with headphones on were hit by trains. So turn it down, pay attention, and bare in mind that while we all “multitask” our brains can truly only handle one thing at a time. [Guardian]

Cumberbatch needs to get physically fit for JJ Abrams, stating in an interview with MTV he’s been “…working out nonstop…” for his role in the Star Trek sequel. He’s a rather lanky Brit, and Kahn wasn’t known for being super buff so the mystery continues as to who Cunberbatch will be portraying. There are so many movies I’m over the moon for in 2013. It’s going to be a fantastic film year…if the studios live up to the hype. [MTV]

Finally, modern art everyone can enjoy. Gallery1988Melrose in California is hosting an AdultSwim exhibit. The show runs January 13th through February 4th, so get there quick to see your beloved characters featured in a whole new medium. It’s like when George posed on velvet and it became a frat wall must have, only much, much cooler. [DangerousMinds]

A woman in LA was arrested on Monday for attempting to sell sexual favors for McDonald’s Chicken McNuggets. Times are really, truly very hard. No pun intended. [LATimes]

Lana Del Rey is some kind of YouTube singing sensation or something, I don’t know. The fact of the matter is, however, that her terrible performance of not one, but two songs on Saturday Night Live this past weekend managed to distract people from Daniel Radcliffe’s own lackluster acting on the famous skit show. [HuffingtonPost]

Karen Gillian, Amy Pond of Doctor Who fame, is leaving the timey wimey franchise, and she’s about as thrilled about it as we, her fans, are. While asked about her characters future, during an interview for her current film We’ll Take Manhatten, Gillan expressed the sad, but mutual decision for the end of her character. And “end” is open to debate, as some rumors hint this may truly be her end. [Blastr]

BuzzFeed asks: Is Bane of the Dark Knight Rises merely a reincarnation of a snazzier Dr. Zoidberg? If you don’t know Zoidberg, then I’m not sure much on ChicGeekDaily is going to interest you. I’m talkin’ ’bout that space bug/monster in sandals that serves as the “physician” for the Planet Express Crew, though he alludes to losing more patients than actually helping them. Though he did save Fry’s life that one time, by sewing his head onto Amy’s shoulder… 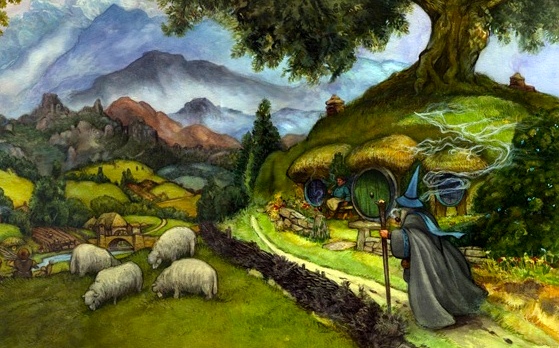