* “Hello, Sweetie.” And I’m still freaking out about the Doctor Who video game. How good could it possibly be? Do I care if it’s not any good? I just want it NOW! New info: You get to be Dr. Riversong, or Melody Pond as it were. You have to have a PS3 or a PC to play it; XBox and Wii are left out of play time.

* Marky Ramone’s leather jacket is up for auction! This is an incredible, almost unbelievable item – especially since Marky says it’s not his. [WSJ]

* You know what’s GREAT? BBC’s Sherlock! You know what is proven time and time again to be completely shitty? The American studio mania over remaking that which the British already does well. CBS thinks it’s going to remake Sherlock. My personal thoughts on this are “Screw you, CBS,” – but I am not alone! Producers of the BBC program had been asked for American licensing, and , because they’re not stupid, they turned CBS down for the request. Now they are planning on moving forward to sue the Columbia Broadcasting System if the American Sherlock in any way resembles the BBC one. Why can’t we just embrace BBC America with open arms, people?! [Blastr]

* Humans aren’t the only mammals who hate paparazzi. Extremely rare and uncommonly photographed, a couple of snow leopards in the wilds of Tajikistan decided to steal one of eleven cameras setup to document the elusive cat. It’s nice to see a species on earth who isn’t an attention whore. [Inquistr]

* Speaking of attention whores, Miley Cyrus is an idiot who couldn’t scream louder for attention if she tried.

* Zachary Quinto told E! that he would like to return to American Horror Story. Personally, I believe that thicked-haired hunk of man meat needs to keep focus and his eyes on the prize: The Star Trek sequel. Once that’s squared away, then I will allow him to have outside interests. [E!]

* Speaking of Star Trek, a man who spent Almost $160,000 on turning a 500-square-foot apartment into a TNG version Enterprise is – shocker! – being divorced by his wife. This isn’t the heart breaking part. The heart break is the fact that the custom decor must be completely torn down, because it’s his wife who owns and pays the mortgage for his little obsession is no longer supporting a deadbeat man-child. I mean, she needs to move on. And that’s coming from someone who would love a TNG apartment. [Blastr] 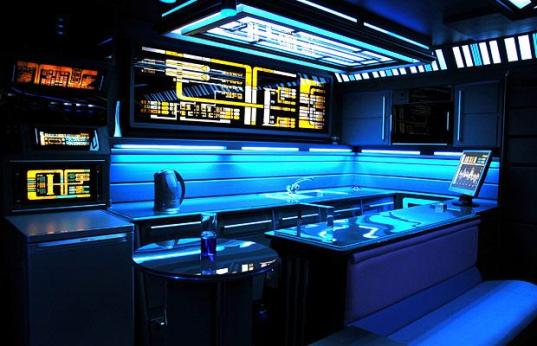 * Ricky Gervais can’t get enough work these days. His Science channel series (Yes, Gervais and the Science Channel are working together), An Idiot Abroad 2: The Bucket List, is doing exceptionally well. Haven’t heard of it before? You’re not alone, but numbers on proving that the show is catching on fast. You can watch it on Saturdays, 10pm eastern. Me? I just really want to see Life’s Too Short. [TheHollywoodReporter]

* I happen to love Louis C. K., both the man and his show. People magazine, however, has writers on staff who very obviously have no clue what their subject matter is. And, one of the first rules of writing is if you don’t know anything about it, don’t write it. That is the worst description of everything Louie that I’ve ever read. [People]

* And, it’s finally happened: For the first time in Disney’s history, employees are finally allowed to sport facial hair. Never mind the fact that Walt himself had that rather prolific mustache, apparently he was a total dick about everyone else getting to sport some manly fuzz. [CBSNews] 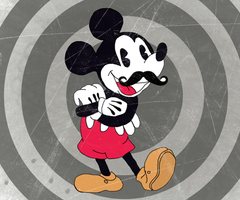