*David Cross is coming to Austin tomorrow. If you’re just finding this out now, I should tell you: you’ve got no chance to see him. On Monday the Alamo Drafthouse announced David Cross would be hosting a marathon of The Increasingly Poor Decisions of Todd Margaret. Tickets went on sale on Wednesday and sold out in 8 minutes.

I highly recommend catching Poor Decisions when you can. It airs on IFC and, like Portlandia, it’s not your usual comedy. It’s quite refreshing in a How-I-Met-Your-Mother-2-And-A-Half-Crappy world.

*Andy Warhol, a hero to the Hipster Movement everywhere, just got extra hipstery. You can now carry your MacBookAir or iPad around in his face. No, nothing is sacred, thanks for asking. [Incase]

* Andy Serkis deserves an Oscar! I’m not the only one who thinks so; Fox has launched a campaign with quite the emotionally moving ad in an attempt to get the man some well deserved gold. [Blastr]

* Jack White is collaborating with Tom Jones. That makes sense. No, really, I bet it will be an incredible work. Jack White is an amazing guitarist and song writer and Tom Jones is classic and has stood the test of time…it’s just every time I see Jack White all I can think is “You slept with Renee Zellweger,” and that grosses me out. [24Bit]

* “And in other news, I love Lamp,” actually happened live on the news.

A Little Pop-Me-Up for Your Day

*People are just the worst: In an attempt to help a fellow traveler in distress, Gary Koelling allowed a man from Switzerland to check into a hotel using Koelling’s credit card. The free check-in wound up costing Koelling $41,000 or six nights at a ritzy New York City hotel, plus incidentals at just over $6,833 dollars a night. What does this teach us about helping our fellow man? Stick to reviewed and established charities, and when in trouble as a tourist, contact the local police department or embassy. Especially in New York.[Gawker] 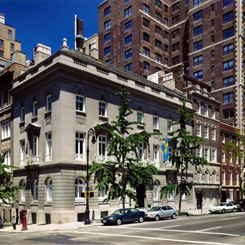 *Speaking of horrible people, if you’re wondering what to get those hated ones on you list, look no further: Gifts for People You Hate is bound to have the perfect present for the people in your life you just can’t stand. 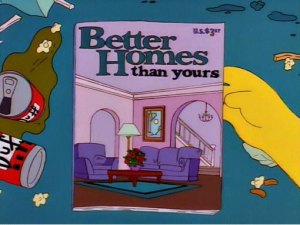 *Facebook bought Gowalla. What does this mean exactly? It means that if you enjoy using Gowalla you have less than a month to continue doing so before Facebook completely shuts it down. Someone might want to let Mark Zuckerburg that a little competition is healthy. [CNN Tech]

*In other news, delightful science has attributed smoking cigarettes to loss of nipples. You read that correctly. Apparently there has been a correlation between smoking and nipples falling off on women who have had their breasts lifted (though I assume it could happen to breast lifted men as well). Smoking is bad for you, people! When will we finally get that through our thick skulls?!  Though, maybe this is giving hope to those individuals with superfluous nips, such as Lily Allen, Chandler Bing, and Krusty the Clown. [The Chart]

*The Muppets are pure good. Like, good for your soul good. In their latest flick they put on a telethon to help others and, so often, helping others in need is the message they send out (with the exception of giving a stranger your credit card. Duh.). While many would find this message of hope and brotherly love heartwarming, those [insert any expletive here] at Fox Business “News” slammed the Muppet creators and writers for having an anti-capitalistic agenda. Of course. Which is why all dvd sales and movie tickets were non-profit based. And why the muppets weren’t completely portrayed as rich in the film. Of course, now those last two points are just flat-out lies, like what spews from the mouths of the “reporters” on Fox. And I recommend not reading the comments on this particular article. You’ll waste both energy and brain cells. [Blastr]
.
*Ugh. That last Pop Byte made me all cranky. Let’s bring a little joy into our hearts with a list of what gifts to get that comic book fan in your life! I, for one, would love a pair of Wonder Woman socks even though, let’s face it, she really got the short stick when it came to gadgetry. A lasso that makes people tell the truth?! Insert stalker girlfriend joke here. [GeekOut]
.
Universal Studios Theme Park in Orlando is  kissing their Jaws ride goodbye, along with a few other historical notables. I hate to see Jaws go, it was a classic albeit expected, but what, pray tell, might Universal be thinking? Well, Stage Two, of course – Stage Two of Harry Potter the Wizarding Experience. Man, the kids that acted in those movies are set for life and they’re barely old enough to sophomores in college. [The Baltimore Sun]
.
*J.J. Abrams, you’re tearing me apart! The newest Star Trek gunk churned out from the rumor mills is that Benicio Del Toro will not be the villain in the Star Trek sequel, but the evil character will, in fact, be KHAAAAAAN! I like Khan, I remember Khan, and to this day I hate the idea of bugs in or near my ears because of Khan. But I was equally excited to see what Benicio Del Toro could have done with a part in Star Trek. Good things we have, like, a million years for things to change before the movie comes out (May 2013). [Blastr]
.
*And the Star Trek news doesn’t stop there. Peter Weller has signed on to act in the upcoming sequel right as Benicio  signed off. Can’t put a face to Weller? That’s probably because so few people have actually seen it: He was RoboCop. [Variety] I wonder if they’ll do those awesome RoboCop ads, too…
.
*While we’re discussing aliens, do you think you might have ever been abducted? Than look no further – Here’s a list of six telltale signs that you’ve been taken by extraterrestrials at some point in your life! Be careful in your analysis, though. Many of these symptoms are similar to a hot night out on the town with your good friend Jack Daniels. [TheSmokingJacket]
.
*Nothing makes me cringe more than “ironic fashion”…except for maybe ironic facial hair… Anyway, hipsters every where line up in droves each year to purchase bad holiday sweaters from Salvation Army, Buffalo Exchange, and other used clothing gold mines. I myself bought one from Tee Fury yesterday, actually, but it was a t-shirt of a bad holiday sweater so it doesn’t count (okay, fine, it does. Judge away.). Designers are now totally in on this trend and currently sell – at insane prices – horrible holiday sweaters. If I could ever afford anything from the Stella McCartney line, the last thing it I would purchase is an ironically bad sweater. Ugh. [Fashionista]
.
*Sure, I can make Peking Duck, but it would be far tastier as a Peking Romulan Bird of Prey! Cooking needs no longer to be unGeeky with these fantastic Kitchen accoutrements. Be it an Enterpriseing pizza, darth cookies, or needing your drinks on the rocks with a Gotham feel, we’ve got your cocina needs met. Just yet another list of gift ideas for the Michelin starred nerd in your home. [Blastr]

*It amazes me how so many nations can remain so incredibly sheltered in today’s day and age. I take my technological outlets and freedom of press for granted far too often. I say this because Saudi Arabi has announced it believes giving women the right to drive will cause them to have promiscuous sex. I can’t even begin to crack jokes on this. Cultural differences are one thing, but oppression is merely oppression. Besides, it’s the back of parked station wagon’s that cause promiscuous sex, not the act of driving itself. [HuffingtonPost]