If any of those are sound familiar, and you’re in the Austin area, I highly recommend Antonelli’s Cheese Shop. This little place down on Duval, just north of the campus, is a great shop to try something new, get something impressive for the table, and really bring an evening of courses together. 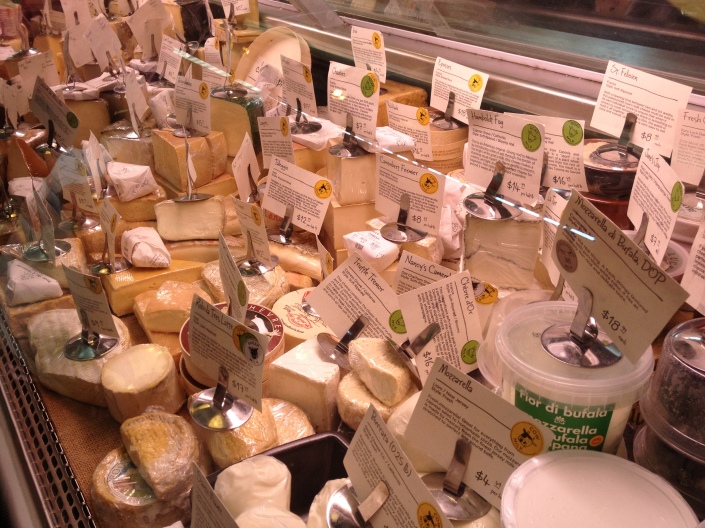 If you need a very specific cheese for a recipe, you can bet that not only will Antonelli’s carry it, they’ll probably offer a number of variations. Overwhelmed shoppers need not fear, either, as the staff at this cheese emporium are incredibly nice and, most importantly, extremely knowledgeable. Merely mention what flavors you do like or what you’re serving for dinner, and they’ll share tips and let you taste alternatives you may not know existed. And to bring everything together in perfect harmony, Antonelli’s also offers complimenting wines, honeys, meats, and baguettes. My friends and I have always said that if we were to win the lottery one of the first thing we’d do is have a dinner of a multitude of different cheeses, and Antonelli’s would be the only shop we’d need to make our purchases. 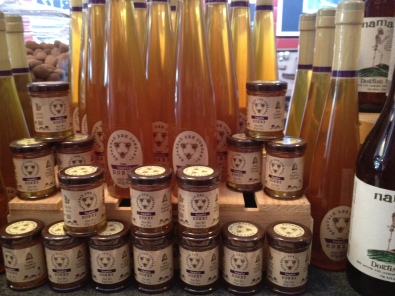 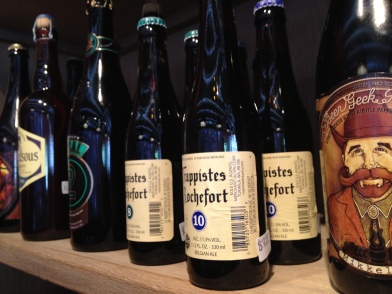 If you’re looking to expand your knowledge of cheese and charcuterie, Antonelli’s offers classes a couple of times a month for nerdy foodies in the need to know. Tickets are $35 and sell out pretty quick, so be sure to plan ahead. On top of all that, when you check out at Antonelli’s you have the option of giving them your email and name. They then will put you in their system so that you always know what you’ve ordered in the past and they can make recommendations on your next purchases that will delve you further into the world of cheese. We’re looking forward to having a Fromage Fest in fall, inviting each friend to bring a different kind of cheese, putting out pickles, breads, crackers, and wine and gouging until the sun comes up. When you have plans like that, suddenly Autumn feels very far away. Good thing I’ll have time to squeeze in a couple of classes before then!

Hillside Farmacy is a bakery and eatery located East 11th, just east of Blue Dahlia. My office chose to go for lunch recently for a coworker’s birthday, and our experience would be rated to 3 out of 5 stars, where as Blue Dahlia would be 5. I’ll review that for you at a later date, but let me just say Blue has Farmacy beat on price and execution. 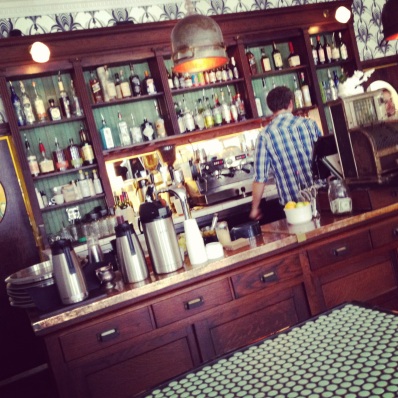 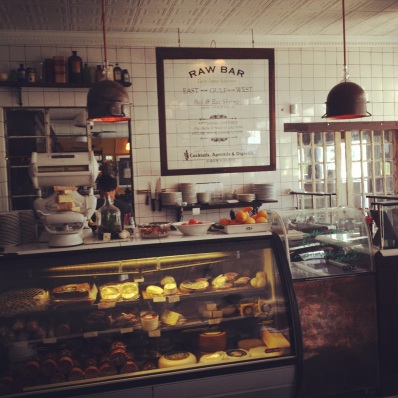 The interior of Hillside Farmacy is very pretty, great usages of classic and modern. The staff is very “hipster”, but the client base is very, very mixed. A person going for lunch should expect to pay right around $10+ for their sandwich, which isn’t too bad. It’s choosing the right plate that’s a little tougher. Myself and four coworkers each ordered a different sandwich. Tap water was placed in the center of the table for us to serve ourselves, which was quaint, but it is Austin in late June, so having the option of ice, or even chilled water would have been nice (it was room temperature and the jar-glasses were iceless).

The short rib sandwich received excellent reviews from the two coworkers that shared it, and there was not a crumb left by the end of the meal. The grinder, which is similar to an Italian sub was also enjoyed, but at $11 it was much more than similar offerings at other locations. One coworker had the Forager, a brie and mushroom sandwich, which was very tasty (see picture below). I had the Faccia Bedda, and it was rather disappointing. Though the menu states it’s made with smoked mozzerella, it seemed to contain a single slice of deli counter cheese, sliced on the thinnest setting. I had to pull it a part to discover if there was any cheese on it at all and it was completely void of the deep smokey, salty flavor that normally accompanies this kind of mozzerella; it could have been American and made no difference in flavor. The single slice of tomato was awkward and the arugula was served on the side. My final coworker got a single bite into her pate sandwich before she began pick it apart (see below), finally quietly settling on going back to the office to eat other food. She was asked by two staff members why she had stopped eating (as well as why she was declining a box) and she explained very calmly and honestly, but politely as is her style: “The pate was very dry, almost like an over cooked burger patty. The bread is too big, and the strong flavors of the pickles, goat cheese, and mustard are far too much competition for each other.” To Hillside Farmacy’s credit, they took the sandwich off the bill, even though no fuss was made and no complaint; my coworker only explained the issue when pressed. One confusing aspect, however, was that one of the two Farmacy employees mentioned that he himself had had similar feelings about this particular sandwich, had received the same review of it from customers “all the time”….so why leave it on the menu or not change it? 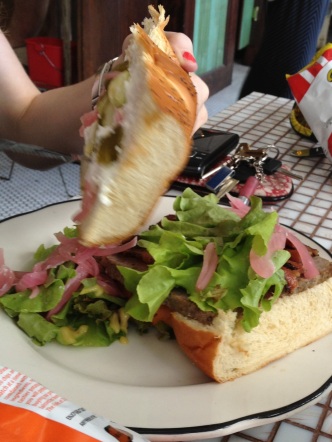 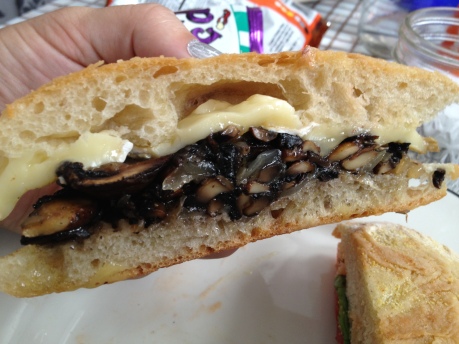 While I always recommend trying new places to eat, Farmacy seems fairly hit or miss as well as being somewhat expensive. While it’s in a very good location, and has a charming interior, their menu needs a bit of work to be listed as a full fledged Foodie Find. It’s certainly worth trying, but be aware that what you get maybe hit or miss, especially for the price.

I love stuff – it’s the most American thing about me! Here’s what I want right now:

I’m all for local and sustainable, but I’m also all for meat. Ethically, I love leather goods and would hate anything get needlessly disposed of, so I really eat steak to reduce waste. And that’s why I love this reusable, washable, canvas lunch bag: It’s got a of a butcher’s pig diagram. Give more meaning to your ham & swiss sammie while doing something good for the planet! 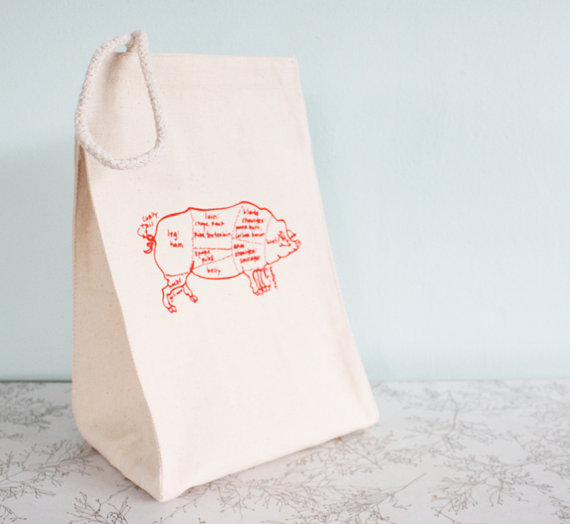 Bitter Old Man! A guaranteed way to literally charm the pants off me is to make fantastic cocktails, and Bitters, Old Mengives everyone a leg up. With flavors like Roasted Macadamia and recipes named things like “Gangsta Lee’n”, Bitters makes every foodie home body the booze connoisseur.  I can’t wait to get my hands on some Krangostura, named for the Ninja Turtle antagonist. With hints of clove, mace, molasses, and orange and lemon peels, I’m looking forward to a bit of gin, ice, and maybe – maybe – a splash of club soda and slice of cucumber. Remember: Just a little dab ‘il do ya. Sweet, sweet sip of the close of summer. 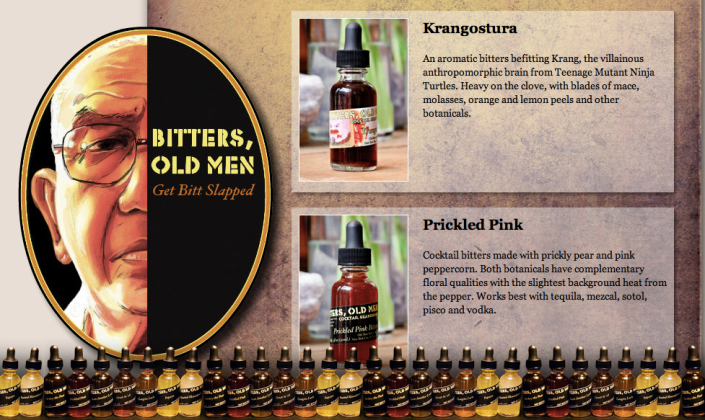 It’s Coming! (What’s coming?) Blaak! (…What?) BLAAK! Beekman 1802, aka the Fabulous Beekman Boys, are the fine purveyors of Blaak, a once yearly cheese coated in ash and aged in a cave for four months. A semi-hard cheese mixed of both sheep’s and cow’s milk, Blaak’s unique, but mild flavor has earned quite the fan base. While I got on the waiting list a couple of weeks ago, it was announced yesterday that the waiting list had reached close to 1000 people, so be sure to get on it quick if you want your own hunk of tangy heaven. At $48 this cheese isn’t cheap, but it comes as an entire 2lb. wheel, so it can easily be shared amongst a couple friends. There’s a number of things on their site that I can’t wait to get my hands on, and I already know their whipped Rosemary honey will be a stocking stuffer for some of my dearest loved ones. 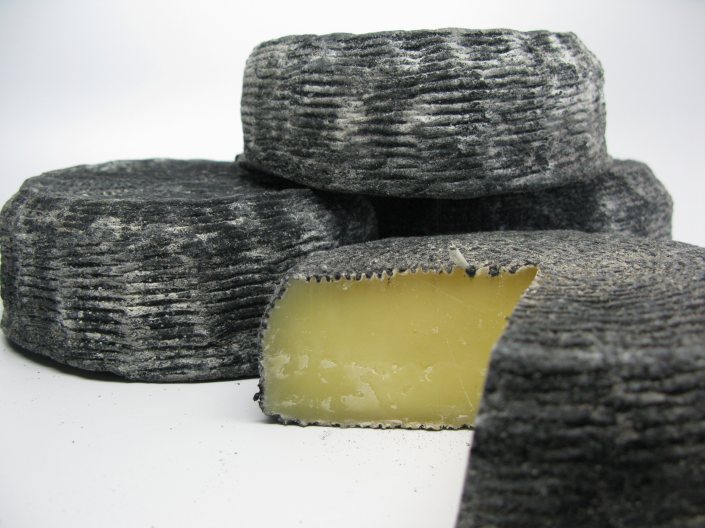 Blaak Cheese and other fine products available at Beekman1802.com