This isn’t a story about being scared to love. This is quite the opposite.

On a bit of a whim last summer my husband and I decided to join a couple of friends on a trip to New Orleans. I made Will, the planner, promise that the hotel would be nice and clean, and everything else I couldn’t give a damn about. I had decided to visit my folks alone for few days before the trip and flew into to NOLA after my husband and friends had been there for a couple of days. It was raining when I arrived and, as Austin was experiencing a record drought, it was the first time I had seen a drizzle in months.

As I moved through the airport I smiled at the gas lamps and live musicians. I was used to stray guitarists and full bands within airports from living in Austin, but the internal gas lamps had the exact romantic affect on me that they were supposed to incur. I was tired from traveling, but ready to be out and about in a new place.

Will and I are not people who waste time; we dropped off my things at the airport and immediately went right back out to explore. I find the best way to become intimate with a strange city is to walk it’s streets. We wandered through rich areas and poor areas, as well as the French Quarter. Our hotel was a single block from Du Monde’s and I’d stay there again in a heartbeat, even knowing the amount of children that died within its walls.

We walked down cobblestone, by 200 year old homes and areas that had been ravaged by Katrina. Eventually, we found ourselves in a cemetery, all white marble and above the earth. If it’s one thing New Orleans knows well, it’s that buried bodies float. Many of the tombs were beautiful, a handful ornate, a few were vandalized, and some forgotten. I’m not particularly melancholy, but the cemeteries of Louisiana embody a sullen beauty that New England doesn’t quite get to. Spanish moss and bright stone rather than dark earth and old rock.

We passed through Bourbon Street without incident; I appreciate the architecture and I love a good drink, but I can do without wading through puddles of vomit at 10am. We went to the aquarium and even the zoo. There were hat shops, and usual tourist crap vendors, flowers for sale, and plenty of sidewalk performers and artists. Most of all, though, you could smell how old the city was. I felt her past through each cell of my body and the more I explored the more she sunk into my bones. She had been beaten, diseased, dishonored, and raped, and still New Orleans holds her head high, unembarrassed and rather proud by what has made her.

After a couple of days, we decided to take an evening historical tour of New Orleans’ alleys within the French Quarter. The second stop on our night adventure was our own hotel, where we were informed that dozens of school children burned to death in the areas that were now the rooms we had been sleeping in. We learned about paying a man to duel for you on church grounds and of nuns who smothered hundreds of babies to keep their orphanages from becoming overrun with the unwanted. We listened to tales of Civil War atrocities, of slaves burning themselves rather than being torn from their families. We already knew about Delphine DeLaurie and her bizarre bloodlust, but we were surprised to hear that Nicolas Cage eventually purchased her home…and then had to sell fast when his own money ran out. Needless to say, we went back to our hotel in the evening with a shiver down out spines. 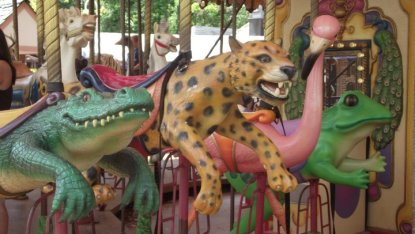 But as I leaned on the hotel balcony late that night, I wasn’t bothered by the remnants of the man who hung himself in the floor below me or the children who had burned around me. I felt the cool air, smelled the river, and tried to stare into the apartment across the way, loved so much by it’s residents that they didn’t bother with window dressings. I thought of what it would be to live in such a place. A city flooded and reflooded, burned and buried. Diseased and destroyed. And so very, very beautiful and beloved. It was a city who made those who cared for it even stronger.

For the first time in my life my body and mind ached to be apart of a place I barely knew.

We weren’t in New Orleans long, and we left feeling incomplete. We drove the trip from Nola to Austin, weaving in and out of plantation areas and stark highway. I’ve enjoyed previous vacations, missed the romance or a pretty sunset, remembered an incredible restaurant or a neat day trip. New Orleans was different. We left New Orleans feeling different.

And I’ve been unable to stop thinking about her since. 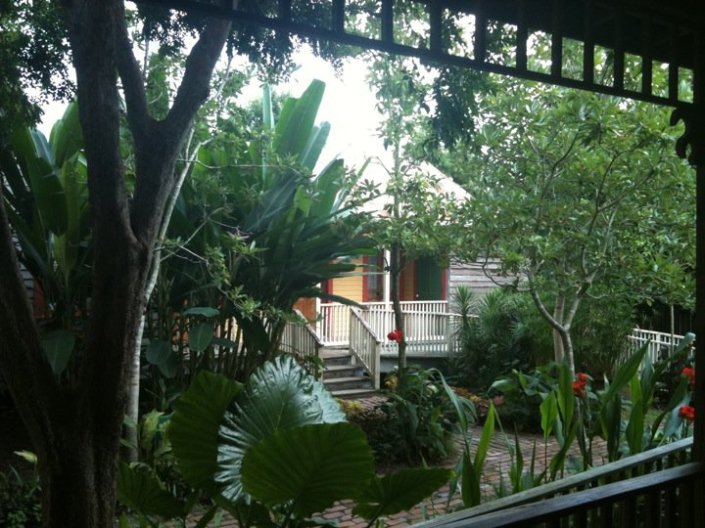 I Don’t Believe in Ghosts, but…

“I really wish you hadn’t told me that.”

I stared at the ceiling. Nothing makes your fear escalate like finding out that the person who is normally the voice of reason in your life is also very scared.

Mark Twain once said “I don’t believe in ghosts, but I am afraid of them.” An excellent sentiment indeed.

My boyfriend’s father owns the original West Redding train station, and lives in it. It was built in 1852 and it’s beautiful. Converted into a home decades ago, it still contains the original flooring, paint, and various items and debris in the basement. I won’t enter the basement, but that’s most likely because I’ve been groomed as a child of the ’80s and ’90s to associate basements and attics  with horrible secrets and misdoings (thank you Psycho, Silence of the Lambs, War of the Worlds, etc). The basement contains the original foundation of hand laid rocks, all wet and moldy, and the cat box was down there at the time of this particular story, so it smelled awful, though I prefer the term “foreboding”.

The main floor consists of a living room and a large kitchen. The upstairs contains two large bedrooms and a bath with a gorgeous claw foot tub, which my boyfriend hates. Not because the tub is haunted, but because when he was fifteen or sixteen he had to carry that beast up the narrow 1852 stairs. There is a short narrow hall that ends with stairs that continue up to the attic. The house isn’t huge, but it’s wonderful.

I had not experienced any kind of super-natural anything in my life time. Not up until this particular night, anyway. It happened in the hall of the upstairs area. I had spent countless days in this home up until this and was never worried, never scared, never nervous. So when I woke up one evening to use the bathroom it hadn’t even occurred to me to be the slightest bit frightened about anything.

I climbed over my sleeping boyfriend. I didn’t even pause to turn on a light as I squinted toward the outline of the bedroom door. There was no need. I knew this house well. I padded softly toward the hall in my striped pajamas and quietly pulled open the door.

The next thing I knew, I was on my back on the floor, the wind completely knocked out of me 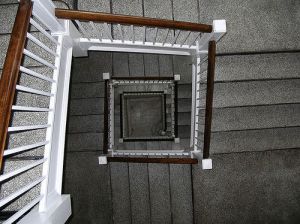 I honestly have no idea how to describe what happened. I had opened the door, which didn’t even make the slightest creak, when I saw a thin man staring down at the boxes of things piled by the attic stairs just to the right of the doorway. Or rather the silhouette of a man. A black, but perfect shape of a man, thicker than smoke, but not any more tangible.

Then suddenly it was like someone socked me powerfully – yet softly – in the stomach, knocking me onto the floor and crushing all the air out of my body. I wasn’t hurt, but I was shocked.

And there I sat, my heart pounding, breathing, trying to comprehend what happened. My boyfriend didn’t even stir.

And I still really needed to pee.

I must have been mistaken about what I saw…right?

I climbed back into bed as quickly as I could, smooshing myself between my boyfriend and the wall. That way if whatever I saw was going to come back and come into the bedroom, it would get my hubby first.

But I didn’t stay asleep for long. And I wish I could say the experience ended there.

I woke up about an hour or so later and my boyfriend was no longer in bed. I sat up. There were no lights on, no lights coming from the hall, and I couldn’t hear him in the bathroom.

I didn’t mean it when I said that what ever I saw could get my boyfriend first if it came back.

I forced myself out of bed. Eventually I made myself stride confidently to the door. I could take down a ghost. Sure I could. I had muscle and pent up anger from working on my bachelor degree while working full time. I could muster rage to take down a super natural being.

I opened the door. There was nothing in the hall. This was good, because that’s right about the time any confidence and courage I had mustered left me.

Thanks, honey. A disembodied shushing wasn’t super creepy at all. I turned to see at the top of the stairs was the very solid silhouette of my boyfriend. I moved toward him.

Then I heard it.

The wooden grind of chair legs shifting on the floor.

I froze. If I hadn’t peed before I would have peed then.

Scrape on the wood floor.

Clink of silverware and glass.

“Come to bed,” I whispered. I begged.

I went back into the bedroom and crawled as deeply under the covers as humanly possible. After a few moments, my boyfriend joined me.

“It’s just mice,” he lied. What a nice gesture.

“I saw a man,” I blurted it out, like saying it would release me. “Before… I went to pee and – In the hallway. I saw a man in the hallway and he knocked me to the floor.” The words tumbled out of my mouth before I could stop them.

I heard my boyfriend sigh deeply. He waited what felt like an eternity before saying something I thought for sure would comfort me.

“I really wish you hadn’t told me that.”

That response did not comfort me.

He was already scared of the “mice”. He didn’t want to hear that there was more going on in the house that night.

I hadn’t told anyone about this until Chip made me tell his father. His father was very unconcerned and didn’t seem surprised in the slightest. I was thankful for his calm manner regarding the story; it wasn’t a reaction I ever thought I would receive. If whatever I saw was in fact real, I don’t think he meant me any harm. I think I maybe surprised him as much as he surprised me. And I think he was fed up with the clutter of stuff in that house, as I often was.

Since this has happened I’ve told this story maybe three times, because I feel so silly about it all. But it’s a good story nonetheless. 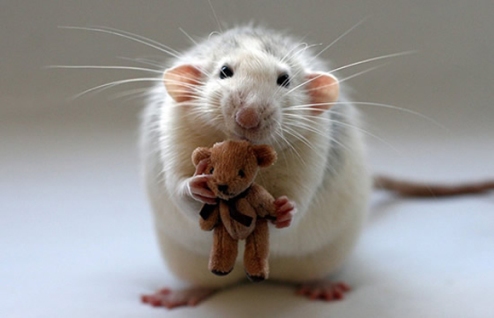