* Want to see the Hobbit trailer? Then you’ll have to see Tin Tin. Most people will not find this a hard thing to do, as Tin Tin is sure to do gang busters at the box office. Peter Jackson, director of the Hobbit, is also the producer of Tin Tin, so…no conflict of interest there. [Blastr]

* Stars Wars meets Garbage Pail Kids in a new art piece to hit the internet. The artist did a similar work titled Hand Solo, but as inappropriate pictures of a sexual nature are not allowed on the internet, it was quickly removed. [Buzz Feed] 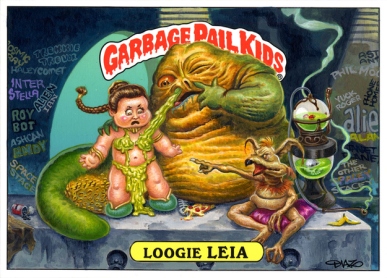 * In other Star Wars news, over 15,000 citizens of the Czech Republic are followers of the religion Knights of Jedi, which is slightly less than the 390,000 Britons who claimed to worship in 2001. You read that figure correctly. According to its doctrine, the belief system revolves around the worship and acceptance of “…an energy field created by all living things. It surrounds us, penetrates us, and binds the galaxy together.” This now joins the ranks of other Fake Bullshit Turned Religious groups, though at least it’s more credible and less sexually disturbing than it’s colleagues, the Mormon Church and the Church of Scientology.   [Huffington Post]

* Disney has gone Steampunk! I love the Steampunk style, I really do. All that leather and brass, there’s something very 20,000 Leagues Under the Sea – esque about it all and I love it. Do I dress that way? Nope, not at all, not at home, not out and about, not on a train or in a plane. But I do love the look. These depictions have garnered far more interest than when Wembly of the Fraggles went Goth. [Walyou] 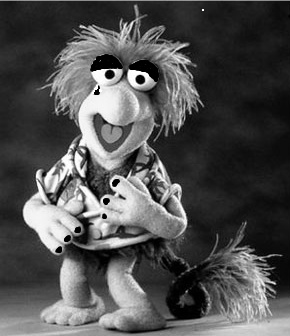 * This past weekend’s Saturday Night Live, hosted by Jimmy Fallon was easily the funniest of the season and I’m not the only one who thinks so: Fallon’s SNL earned NBC their highest ratings in months. [Deadline]

* Draw2d2 artists put together depictions of Marvel characters as the star of notable scenes from A Christmas Story. All are very well done, my favorite being Wolverine’s tongue stuck to…well, you’ll just have to see for yourself. [Buzz Feed]

* Like poor Yorick, Amy and Rory will leave us far too soon, leaving us with memories of adventure and heartache. At the premiere of the Doctor Who Christmas Special, Writer and Executive Producer Steven Moffat acknowledged their characters cut with the series early next season saying, “The final days of the Ponds are coming. I’m not telling you when or how, but that story is going to come to a heartbreaking end.” This is something I’m not looking forward to witnessing. [MTV Geek]

* More Doctor news reveals 9 new stills from the Christmas Special. Couldn’t have cared less for last year’s and simple cannot wait for this year’s! See all of them at Blastr. They’re noted as “spoilers”, but trust me, no one has any idea what’s going on in these. [Blastr]

* A man named Pat Vaillancourt has won the record of the most URL addresses tattooed on his body. Of course he did. Because who else in the world would possibly want that title? [Walyou]

* And, finally, Kim Jong-Il is dead at the age of 69. It has not yet been stated why North Korea chose to wait two days to tell its citizens, but it is known that Jong-Il’s youngest son, Kim Jong Un, will be taking over. Believed to be roughly 27 years old, Jong Un is also the only chubby person in North Korea in light of Jong Il’s passing. The young dauphane will have quick the pair of ladies shoes to fill. [MSNBC]

* King Jong Il once attempted to solve his peoples’ starvation by breeding giant rabbits, but then the selfish, fat, psychopathic bastard decided to eat all the bunnies himself during a birthday celebration. Why end your people’s plight when you could have an awesome night of excess and debauchery instead? Gawker has more sick facts about the dead man in an article they’ve titled “Giant Rabbits and Double Rainbows. Awesome. [Gawker]

Let’s remember Jong Il in all his glory, shall we?