I want everything all at once, all the time, instantly. I keep most of these wants to myself, but when I see an outlet for one to be easily obtained, I go for it. Why the hell not?

I rarely have cupcakes. They’re good. Perhaps too good. They also go straight to my ass. Now, Hey Cupcake is…tasty. They’re a staple of Austin primarily because they’re bright and accessible with food trailers dotted around the city. BUT, if you really want an amazing cupcake, go to Sugar Mama’s on South 1st. Incredible AND they deliver. But Hey Cupcake had a new flavor and I wanted to try it.

The new flavor: John Lemon. It doesn’t taste like any John’s I’ve ever known, but the lemon is certainly noticeable, in a good way. Not too sweet, not fresh lemony, but not sugary, either. A Fresh Lemon&Mint cupcake would be great, but that’s really Sugar Mama’s arena.  The quandary is that I also love Hey Cupcake’s Sweet Berry (and their Double Dose and the Michael Jackson, but let’s stick to the point), so ‘why come they don’t’ have an amalgamation of those two flavors? (See that? I mixed a little Southern colloquialism with intelligence speak.) 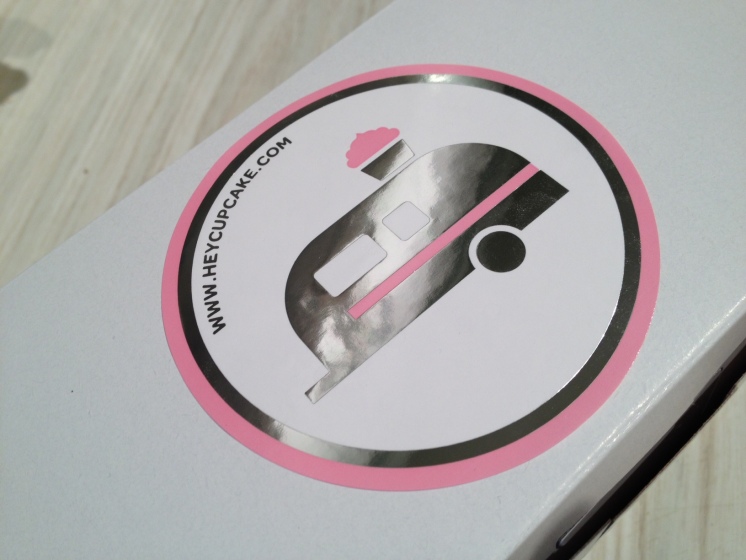 I had to take things into my own hands.

“Hey, Honey,” I said turning to my buddy. “Are you getting that new John Lemon?”

“If I got a Sweet Berry would you trade a bite for a bite?” I was going to trade full halves, but he didn’t have to know that right then.

“Sure.” And just like that I become a surgeon.

The plan was that I’d take my yellow and pink beauties home and simply swap the tops. An amazing idea creating a Strawberry Lemonade cupcake, but one that Hey Cupcake! won’t sell on their own…for some sad, sad reason. Chip didn’t mind because he always gets the majority of mine anyway; I get half way through one and I have to go lie down. And it was simple outpatient/cupcake surgery.

So, the rest of this pointless post because a picture book.

The Top Swap: Much tastier than Wife Swap